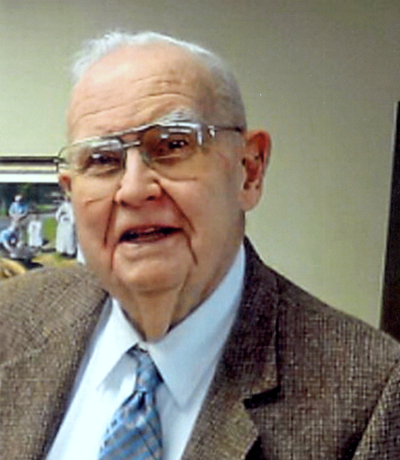 Raised in Pennsylvania, the son of a school superintendent, Walter Bright graduated from Smithport (PA) High School in 1941 and began attending Westminster College, but in 1942 WWII interrupted his studies. He enlisted in the US Army, serving as an anti-aircraft artilleryman from 1942-46. After the war, he attended the University of Michigan, where he earned a bachelor’s degree in mathematics in 1949 and a master’s degree in educational administration in 1952 (which he earned while holding down teaching jobs in the area).
Bright first came to Grand Haven as principal of Central Elementary School in 1953. In 1955 he left to serve as superintendent for the Capac and then Escanaba school systems, returning to Grand Haven to become the high school principal in 1964. From 1966 to 1978 he was the assistant superintendent for curriculum instruction.
As the leader of the professional staff, known to be a tough but fair boss, he worked collaboratively to create goals and standards for all grades, which enabled Grand Haven graduates to be very competitive at the college level.