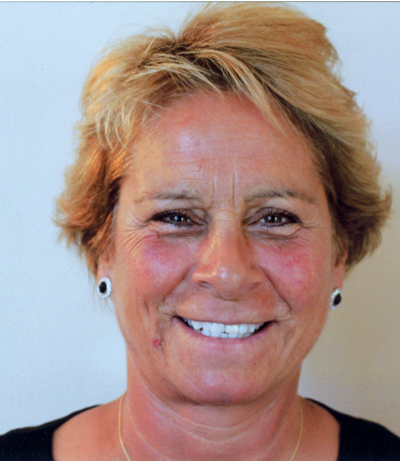 Among many firsts that Jane Robinson accomplished as an athlete was in 1972, when she was the first female to play Junior League Baseball in Grand Haven. At GHHS she helped inaugurate basketball as a women’s varsity sport, playing for three years, winning all conference honors, and helping her team clinch the district title two years in a row. She was one of two recipients of the Steve Sluka award the first year it was given, and in 1975 she was elected Homecoming Queen.
After graduation from GHHS she attended Central Michigan University for five years, playing basketball for four years and softball for five. During college she also played with the Wyoming Royals (a traveling fast pitch team of college athletes), who were ranked fourth in the nation. She has coached JV and varsity girls’ basketball at Fruitport High School, was the assistant softball coach at GVSU, and coached women’s softball at Muskegon Community College in its inaugural year.