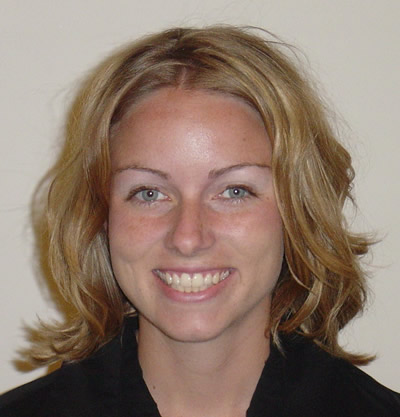 At GHHS, Jill Feyen was a key member of the Science Olympiad team. She also sang in the choir. She is proficient in piano, dance, flute and voice. Jill earned her B.A. in Spanish from Calvin College in 2001, where she received the Elsa Cortina Outstanding Senior Award.
In 2005, Jill earned her M.D. from the College of Human Medicine at Michigan State University, where she received the National Health Service Corps Scholarship for Medical School. She was elected Chief Resident for the Sparrow Hospital Family Practice Residency Program and did a rotation in Ecuador, serving a hospital caring for the underserved where only Spanish was spoken. She graduated from the residency program in June, 2008.
Jill and her husband Chris welcomed their first child, Kaitrin, in July, 2008. The Miedema family lives in Minneapolis; where Jill works as a Family Practice Doctor at NorthPoint Clinic, which provides healthcare to the underserved.