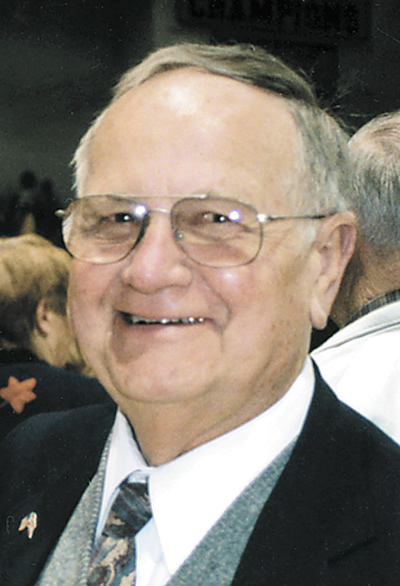 Gene Rothi graduated from Grand Haven’s Central High School in 1940 and entered the Army Air Corps in 1942, serving through 1945 as a pilot. He married his wife, Ruth, in 1943 and they had four children. His nomination read, “While his deeds and success as an athletic coach, teacher and counselor deserve consideration, it was the way he led his life and the positive influence he had on everyone he met that set him apart as someone very special. Simply stated, Mr. Rothi led his life by the Golden Rule.
Gene coached football (head coach of the last undefeated team in 1953) and tennis, was Grand Haven Young Man of the Year in 1956, Grand Haven Volunteer of the Year in 2002, Regional Director of the Lake Society for 23 years, Past President of the YMCA and involved in numerous other community activities.
Gene Rothi died in 2004. In 2007, the football field at Buccaneer Stadium was named in his honor.